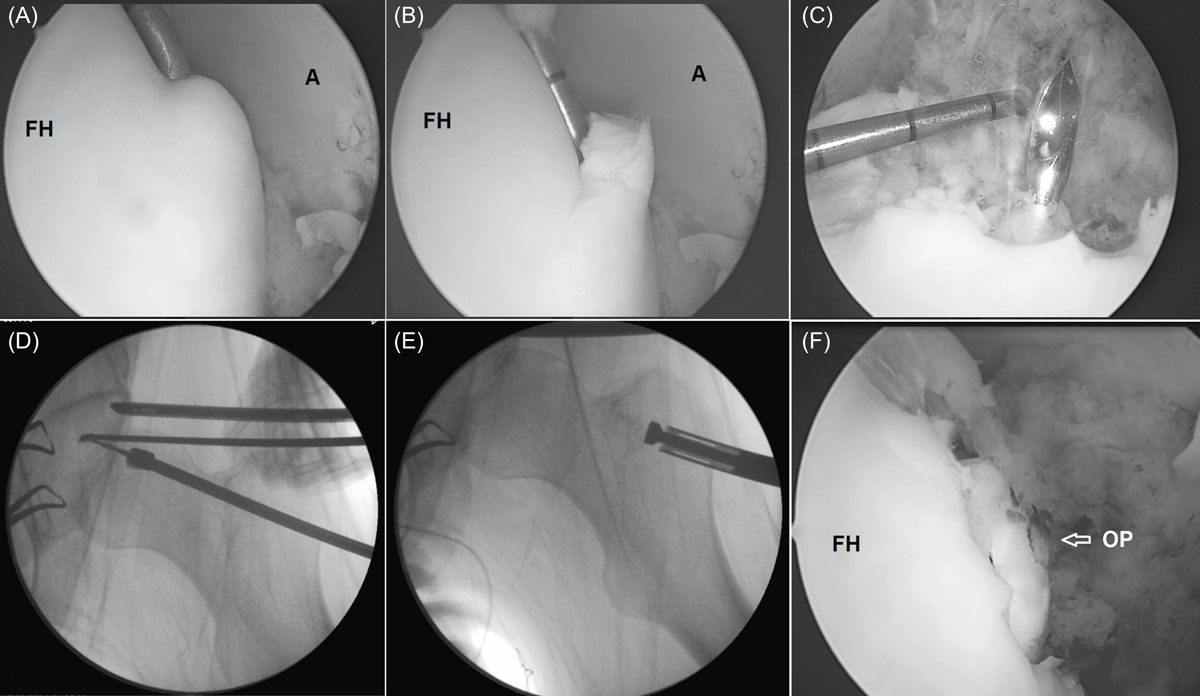 (A, B) Arthroscopic views of the osteochondral defect in the superior dome of the femoral head. The anterior portal was used for instrumentation and the anterolateral portal was used for viewing. After excision of the chondral defect, the tip of the K wire, which is passed from the lateral border of the femur below the trochanter major, is visualized with an arthroscope (C). Drilling is performed over the K wire with a 10 mm diameter drill (D). The osteochondral plug is transferred to the femoral head in a retrograde fashion (E) and positioned in the spherical surface of the femoral head cartilage (F). (FH: Femoral head, A: Acetabulum, OP: Osteochondral plug).

Data correspond to usage on the plateform after 2015. The current usage metrics is available 48-96 hours after online publication and is updated daily on week days.

Initial download of the metrics may take a while.